The specifics of my Book Arts workshop aside, my two weeks at Penland were like nothing I've experienced. The environment is designed to make the work the entire focus. The accommodations are spartan, there's no television or radio, meals are short, and the campus is pretty much in the middle of nowhere. So the intensity is built in, which is all to the better. And because everyone is equally absorbed, you feel a kinship with all the perfect strangers that you meet and take meals with and run into at the coffeeshop. Nobody cares how you're dressed or what you do in your "real" life, unless you're an artist. That's worth talking about. "How's your class going?" is the main question at meals. Almost always, it's followed by a comment about how tasty the (french toast, pasta, salad, pesto grilled cheese sandwich) is and how impossible it is that you're still eating three such squares every day.

The view from the Pines dining hall tells you that you're in the country, and the llamas in the field remind you that you're at Penland. For a little solitary R&R I headed to the Craft House porch and the coffee house directly downstairs.

While I was there, PBS aired a three-part series, Craft in America, the first nationally-broadcast series on contemporary craft in the U.S. Penland was featured in the third installment, Community.

More to come soon. Here are a few photos to tide you over. 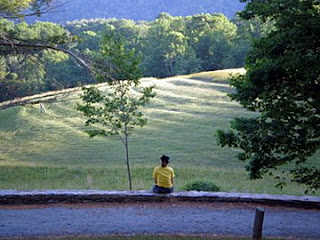 A great photo by Mary, one of the students in the Book Arts class,
of the view from the Craft House. 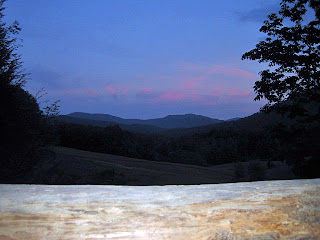 Similar view from the Craft House in the evening.
The grass looks like ice, doesn't it? 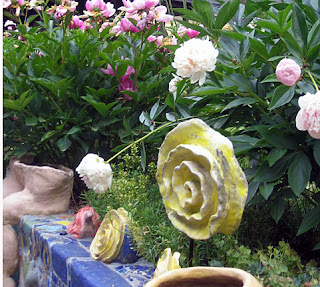 Part of the ceramic "garden" 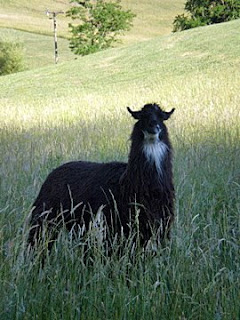 A resident llama -- another great shot by Mary