Will Review for Food 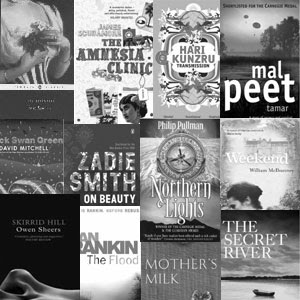 Book/Daddy's Jerome Weeks posts a thoughtful review of Faint Praise: The Plight of Book Reviewing in America by Gail Pool. The book is not, Weeks says, "a response to the recent cutbacks in book pages, nor a quarrel with critics' judgments nor a gripe about how dumbed-down everything has become." It is, rather, "a very commonsensical, clear-headed and knowledgeable analysis of the current state of professional book reviewing." Selected comments by Weeks:

On advertising in book pages:

"Ms. Pool believes that publishers are at considerable fault (although hardly solely at fault) for the current straits many newspaper book pages and literary journals are in because of the industry's unwillingness to provide advertising support....This presupposes, however, that publishers have the money to do this, when, in fact, publishing has notoriously low profit margins. Which is why the corporate pressure of recent years to get and keep those margins above 10 percent has twisted many houses into bestseller factories. It also assumes that, at some time, publishers did provide such money. But as I've argued before... newspaper book reviews have never made money. So the cutbacks in book pages have to do with a much wider loss of ad revenue for newspapers than the pittance that publishers traditionally have provided. One would certainly like publishers to provide more advertising, but the current sorry state of book pages is the result of newspaper owners choosing to let their more literate readers suffer by chucking book reviews overboard. Or they feel the literate ones have long since abandoned ship, anyway."

On the realities of the editorial hierarchy at newspapers:

"Journalists haven't devoted book-length studies to reviewing because, like so much in the press, it's viewed more as a craft, as something aimed at Any Straphanger with a 5th Grade Education, than something needing or deserving intellectual consideration. It's still the case at many newspapers that pop music critics and video game critics, for example, are chosen among the youngest, most inexperienced staff members because, presumably, they're more 'in touch with the young folks.' [Weeks is a fairly young guy himself, 'though not as young as the 'young folks.']. And besides, that's all the subjects are worth. It'll keep those staffers away from the important, influential, thoughtful, Pulitzer-winning stuff. Like writing editorial columns getting the Iraq War wrong."

On the value of book pages to the public and to newspapers:

"In any event, the newspaper book page is worth fighting for, worth arguing about like this, because the Big City Daily remains the only American medium dedicated to providing a decent level of professional book criticism from a number of sources addressing a general but local audience -- and all for a pretty cheap price. Commercial TV and radio do nothing like it, even public television and radio are pretty slack on the job. Magazines are too small in circulation, too narrowcast yet too scattered. Book blogs are a fascinating new medium but they are certainly preaching to the converted. As cumbersome and faulty and cozily middle-brow as the newspaper book page is, it remains one of the best efforts (one of the only efforts) to engage a city's readers in a common discussion about books and book issues, to lead them beyond personal interests to something new or different in literature. The book page can also advocate for literacy and libraries and education -- all the things that newspaper managements, if they had any brains, would see are vital to their own continuance."

As always, check out the National Book Critics Circle's Campaign to Save Book Reviews for information about recent cutbacks in book coverage and book pages, and how you can get involved.
Posted by Clara at 8:16 PM