As someone who has a difficult time dealing with ambiguity and who longs for certainty in all things, this quote from one of my favorite books on creativity and art is a strong reminder that the quest for assurance has a price. Not to mention that it's both foolhardy and naive (and arrogant) to think that we can have full control over our lives.

"Control, apparently, is not the answer. People who need certainty in their lives are less likely to make art that is risky, subversive, complicated, iffy, suggestive or spontaneous. What's really needed is nothing more than a broad sense of what you are looking for, some strategy for how to find it, and an overriding willingness to embrace mistakes and surprises along the way. Simply put, making art is chancy -- it doesn't mix well with predictability. Uncertainty is the essential, inevitable and all-pervasive companion to your desire to make art. And tolerance for uncertainty is the prerequisite for succeeding."
David Bayles and Ted Orland, Art & Fear 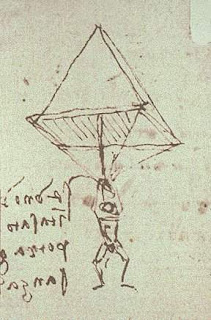 More often than not, those of us who seek certainty are also perfectionists (as a side note, studies show that women are more likely to define competence as perfection, which leads them to set standards that are unnecessarily high). And those same people tend to thrive in situations (school, jobs, professions) where predictability and perfection are expected and rewarded, so that our behavior and thinking are continually reinforced.

I wrote earlier this year that making book structures struck me as an essentially left-brained activity, and that it's what we do with the book beyond the structure itself that involves our right brain (other thoughts?). So over the past year I've been actively seeking out (right-brained) techniques that I know little or nothing about and that complement my bookmaking. Bit by bit, for example, I've been learning about working with paint. I've consciously looked for classes that let me throw paint around, so to speak, since the point is to free up some of that fear of spontaneity.

Not surprisingly, being encouraged to "throw paint around" has been immensely satisfying. And although I can't (yet) call these types of activities transformational, I'd like to think that they're helpful steps on the road to new forms of creative expression. I remind myself that it's ok if I can't see the road clearly or know what's at the end of it, as long as I'm learning and enjoying myself.

(Image: Leonardo Da Vinci's sketch for what we now call a parachute.)
Posted by Clara at 9:06 AM

Welcome back to the blogosphere, BG! and great post. I have the Bayles/Orland book but haven't looked at it for awhile. It may be time again. (And still looking forward to pix from Arrowmont and Dan Essig's class.....;-)

Thanks, RL. It's good to have a little time again to be "thoughtful."

Wow--this post gives much food for thought--I so enjoyed thinking about the quote and then reading your thoughtful commentary on it. I like the way you think...it resounds within me.

I can't wait to hear more about your right-brained adventures! I'd love to try some of the exercises.

Thank you for your thought-provoking comments on my blog...I greatly appreciate them.

I love the profile pic of you under the books. Did it smell good under there? I love the smell of books.

I came to things 'artistic' very late in life after a science degree (Metallurgy) and then training to be a Maths teacher. I love making books, photography and calligraphy but I think they all have an element of rigour and preciseness and involve measuring and quite mathematical precision. I now have a dual life. I enjoy coding web sites and taught myself html, css and javascript but I also love nurturing this creative side I have discovered. I do find spontaneity difficult though - I plan a project to within an inch of its life!
You can see the results of my attempts to be 'artistic' at www.dianealdred.com.

You've been tagged! See my blog http://paperkitty.wordpress.com to see the details :)

Susan, thanks for visiting. I intend to keep exercising that right brain, and writing about it. Hopefully, the resulting schizophrenia won't be too disabling...

Diane, you're fortunate that you're flexible enough to have a "dual life" and move easily between the two. I'm hoping to get there. And I know what you mean about planning art projects to within an inch of their lives. Let's give ourselves credit, 'though. That's not always a bad thing.

Thanks for your nice comments on my blog. I think you are right, people who are perfectionists are attracted to arts like bookbinding which are more precise with specific outcomes. It's great that you are trying your hand at some different things - look forward to seeing some of your new work. (: