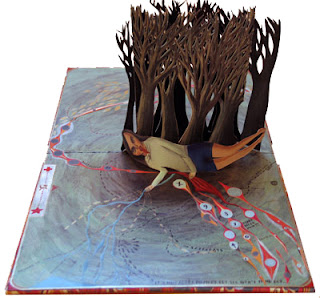 How smitten am I with Andrea Dezso? How admiring am I of her talent, her versatility and her range? How fascinating is it that she's from Romania (Transylvania, no less) and that her Romanian culture and immigrant experience figure often in her art? Let's just say "a lot," and leave it at that. I claim her as a book artist, since she works often in the book form, but, in fact, she is not easily classified, since she is a sculptor, a writer, an illustrator, a designer and a muralist (I'm sure I've missed something -- ah, yes, filmmaker).

The wonderful blog of the Rag & Bone Bindery led me to Dezso's work, and I was hooked. I want to show you every single piece that's on her pages at the Parsons New School for Design site, but I'm limiting myself to just a few. I hope that you'll take a much more extensive look at her work on the Parsons site, which includes detailed information about the both Dezso, her work as a whole and the individual pieces. Here's a recent article from the New York Times.

Dezso, who is 39, came to New York ten years ago after receiving a residency at The New York Center for Book Arts. She teaches at Parsons and takes on projects for clients such as McSweeney's, the indie literary publication (so indie it's now mainstream) founded by writer Dave Eggers. For McSweeney's Issue 23 she masterminded a "poster" which, when folded, allowed each short story in the issue its own individually designed front and back cover. Geesh!

Top right: Pioneers Give First Aid To Their Comrades, Andrea Dezso. One-of-a-kind pop-up book. Paper, board, acrylics, colored pencils. 2007 New York city. "This book was inspired by the first aid classes we were required to take as young pioneers in Romania in the eighties. We learned that if someone has a seizure and becomes unconscious we must pull out their tongue and pin it to their pioneer short with a safety pin to prevent suffocation." 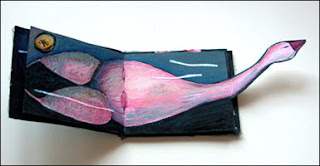 The Moon's Party, Andrea Dezso
One-of-a-kind fold out book about the Moon and her animal friends, 1995 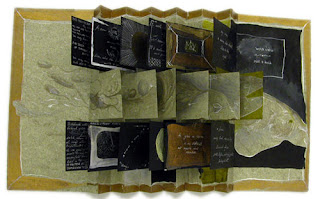 Above and Below: Of My Son, Andrea Dezso
One-of-a-kind book 1994 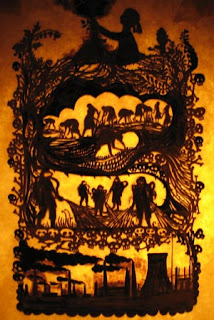 Illustration for "Pick Your Poison", Andrea Dezso
, published in The New York Times Op-Ed page on Sunday, May 14th 2006 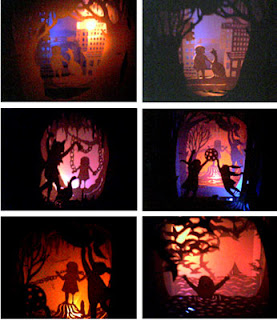 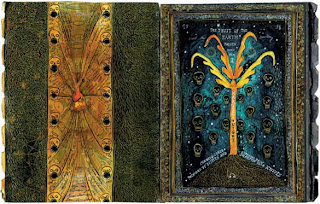 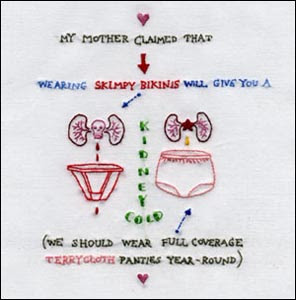 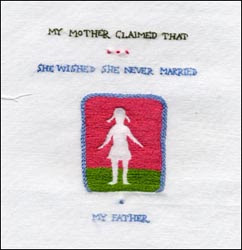 She Wishes She Never Married, Andrea Dezso
Embroidered Drawing from the "My Mother Claimed" 2006 series. Cotton and metallic floss embroidery and glass beads on cotton canvas 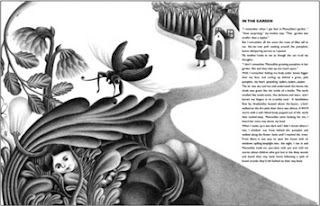 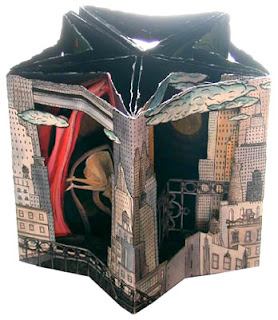 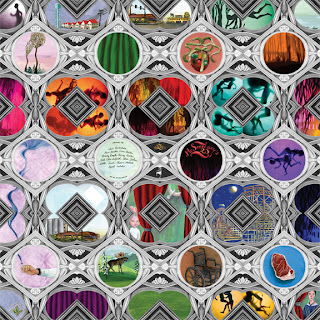 Above and Below: Andrea Dezsö: McSweeney's ISSUE 23 book and wrap-around jacket folded out into a poster
Illuminated paper cutouts, embroidery, drawing, painting, collage, calligraphy– I created the art for McSweeney's issue 23 entirely by hand.

From the McSweeney's website: Every story gets its own front and back cover, drawn, collaged, or embroidered by the polymathic Andrea Dezsö. The whole thing is wrapped in a jacket that unfolds into five square feet of double-sided glory--spread it out one way for dozens of very short stories by Dave Eggers, arranged in what we're pretty sure is a volvelle; flip it over and witness all those Dezsö illustrations stitched into one unbroken expanse. 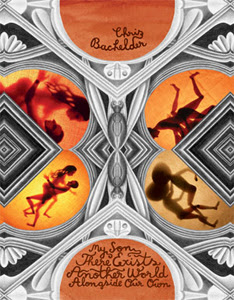 Thank you for the beautiful, beautiful post BookGirl, it totally made my day! My best, Andrea

You're welcome, Andrea. Your work is very exciting, and I feel fortunate to have discovered it.

I have taken classes with her.. she is an awesome teacher as well :)

I fell in love with her work while riding the MTA...and now I'm hooked